Only at mile 4.25 and I’ve already finished an entire bottle of water.  This is unusual under normal circumstances, but it’s already really hot at 11:15, and the climb up River View cemetery was rough with the 50 pounds I’m carrying (I hear Maria Schur saying “too much weight”).  Refilled water at KFC and dropped in a Nuun.  I suspect I will run short on that stuff as I only brought 12, and used 3 on the first day. 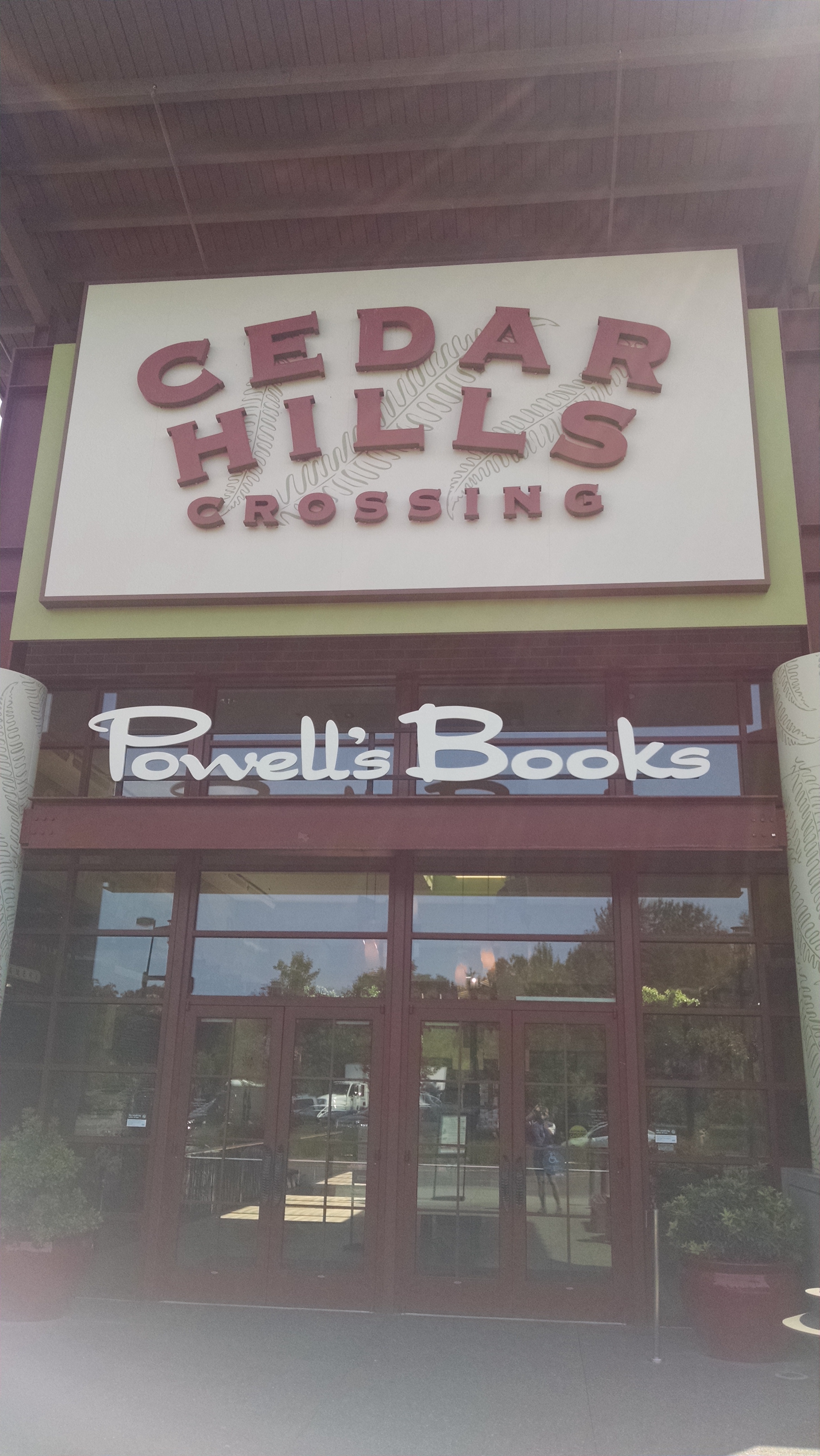 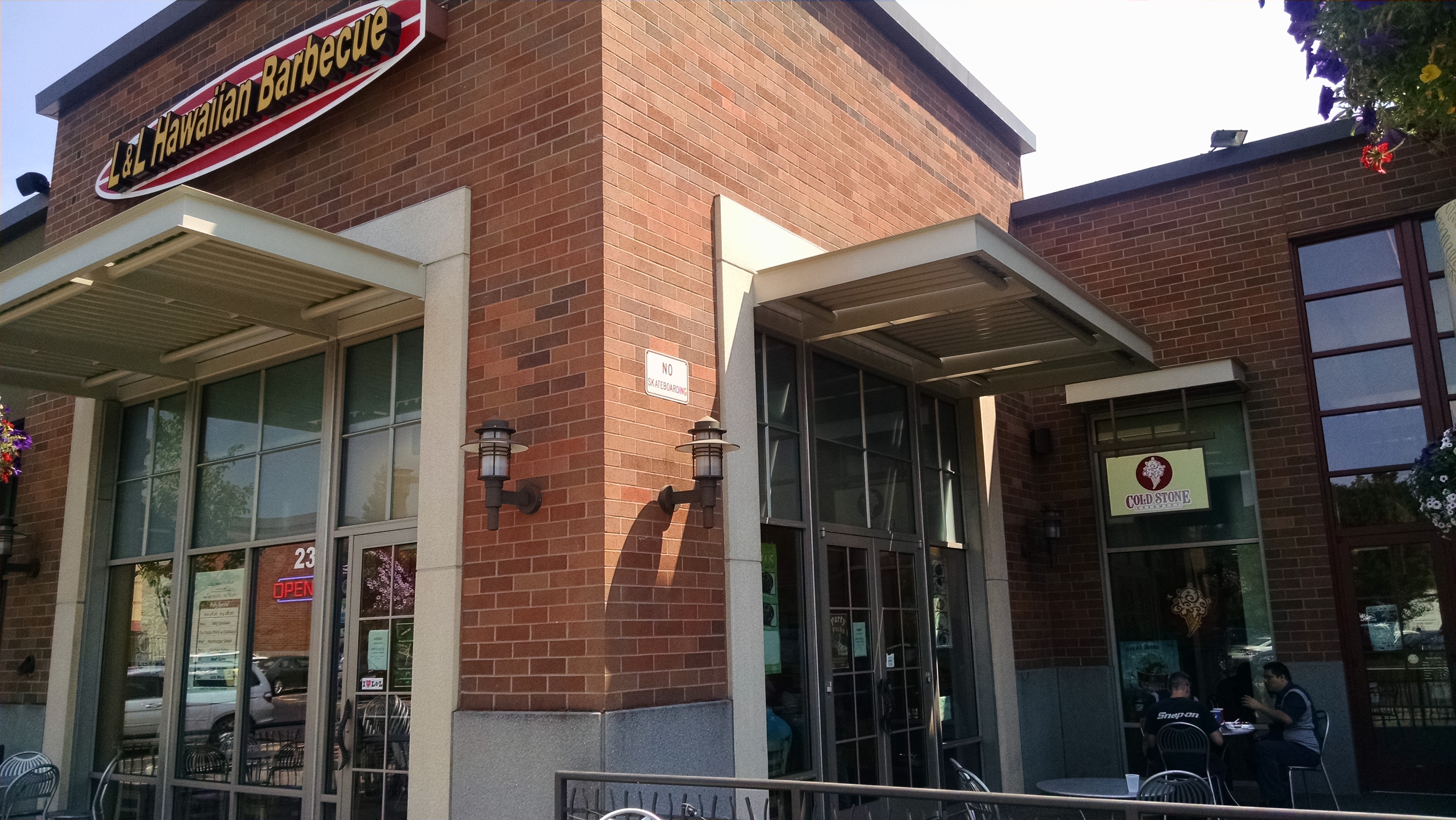 First stop to eat is a L&L Hawaiian BBQ at the mall in Beaverton.  Only at mile 12, and I was hungry.  Actually, I was hungry again the moment I finished eating here, so I stopped again in Hillsboro Subway at mile 21.  And then I was hungry again after that.  I was pretty much hungry all day today.   So much for the new motto of eating before you’re hungry.

As I pulled up to Subway, there was a loud Harley Davidson revving its engine just before a horrible skid followed by metal scraping the ground, and the Harley motor was silenced.  Followed by a single male voice yelling “OOOOOOH!”.  No serious injuries, but the bike was unfortunately too damaged to drive away.

Had a brief conversation with another cyclist who had rode across the US twice.  And while I didn’t understand all the technical jargon about tire and frame sizes, one comment he made did stand out to me. “So… You’ve only got two water bottles then?”.  And there was emphasis on the *only* and *two*.  And considering how much water I’ve gone through today, his words followed me through the day.  I will need to buy water bottles on day 6 when I head out on the Pacific Northwest Trailhead. 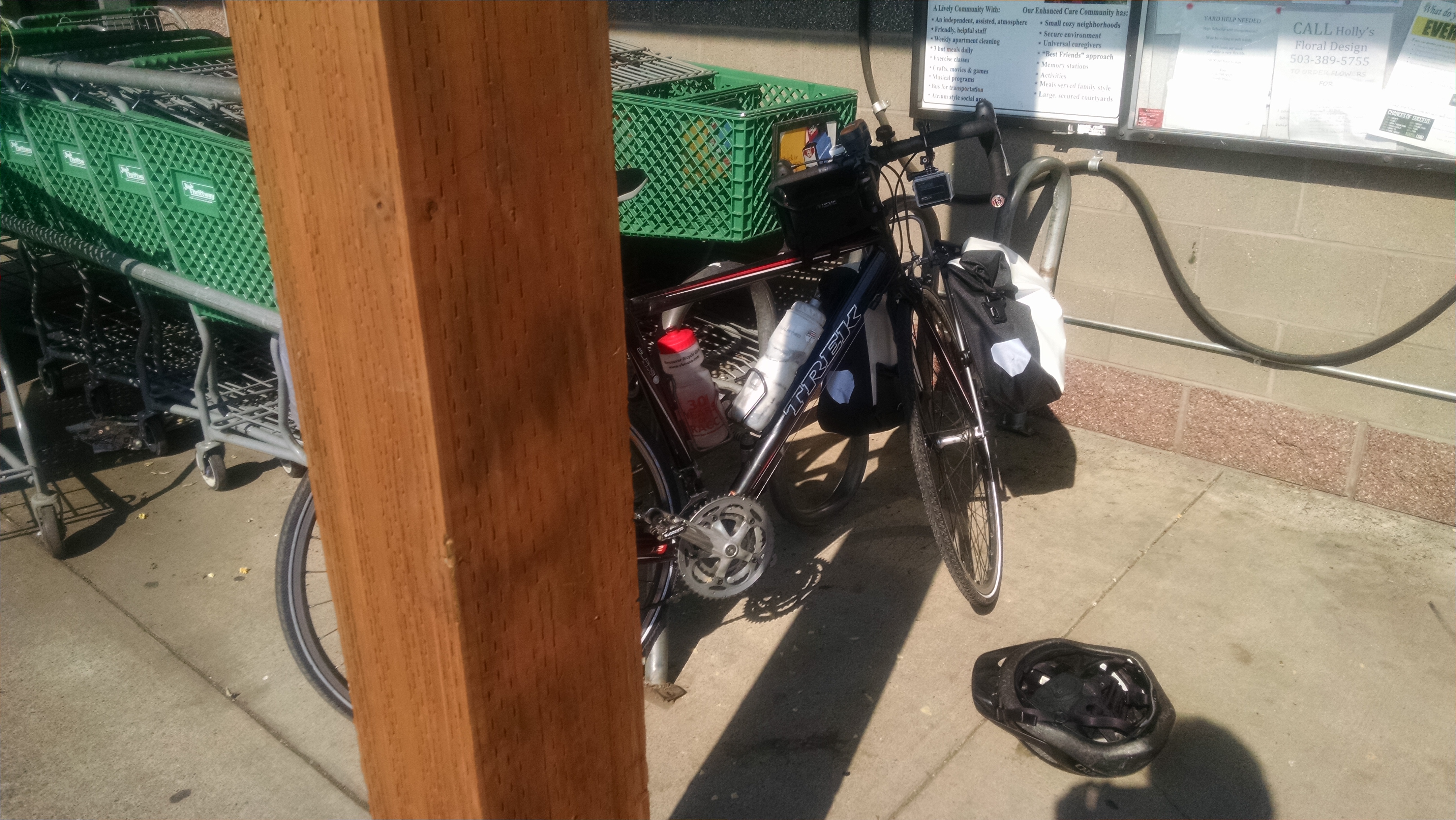 I arrived in Banks at about 4:30, a bit later than I had hoped.  And I tried standing behind this post to get a tiny bit of shade from the scorching heat. It is only here that I realized just how hot it had been today.  I think I was thrown off by the strong headwind that I had been fighting against all the way from Hillsboro to Banks. 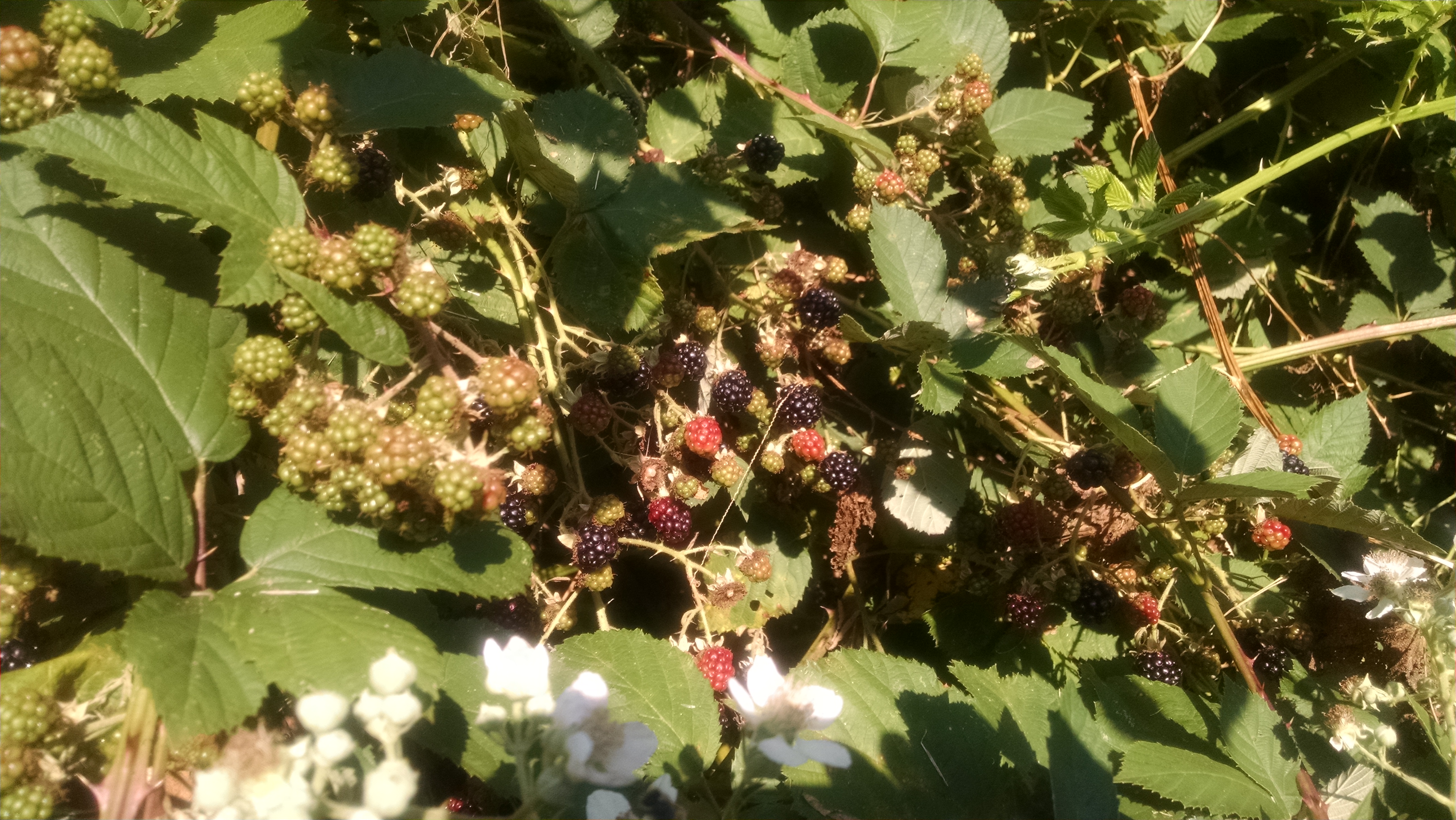 So thankful for the Banks Vernonia trail.   Where there was shade, protection from the headwind, and blackberries all in the same stretch.  Nom Nom. 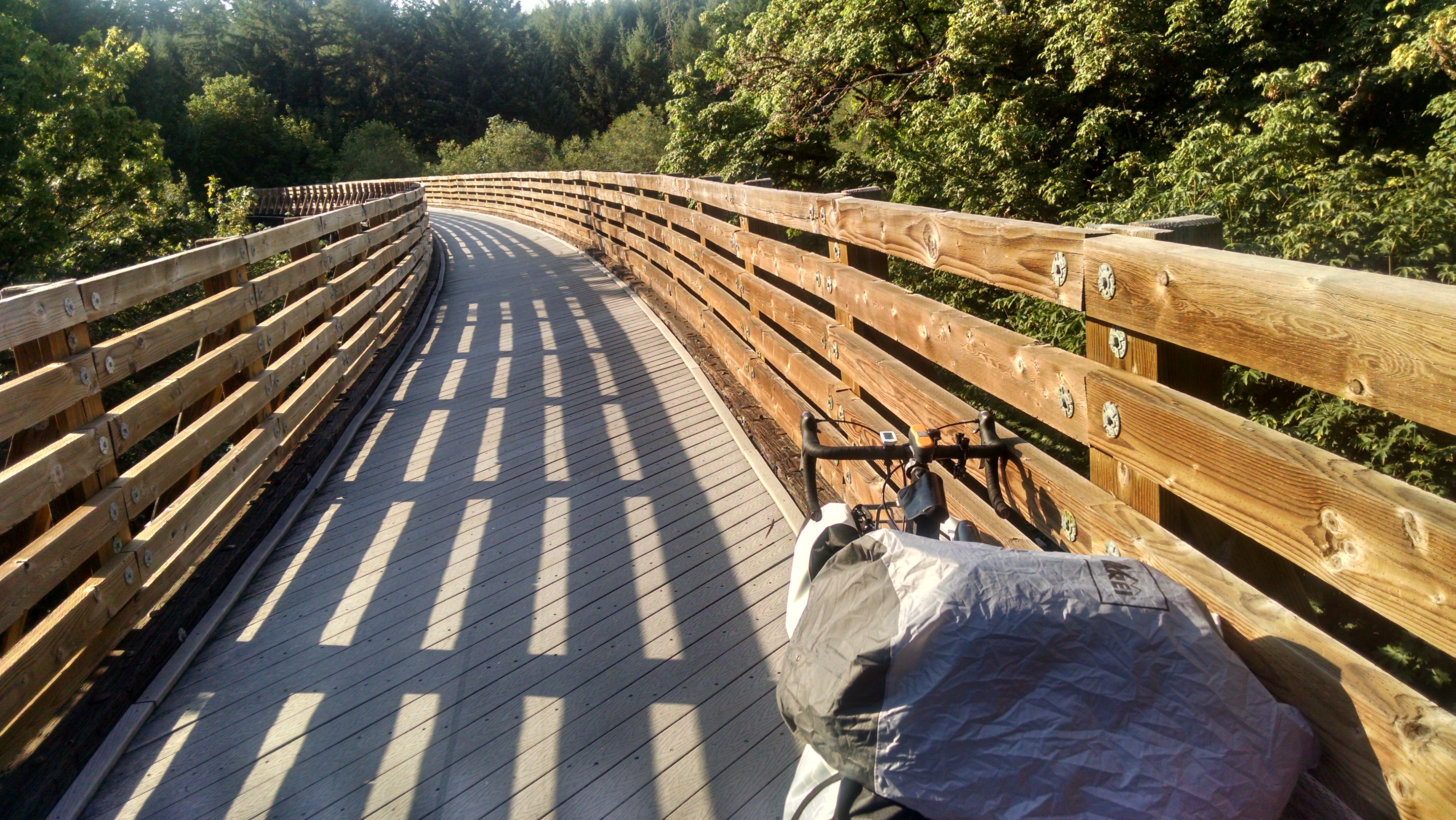 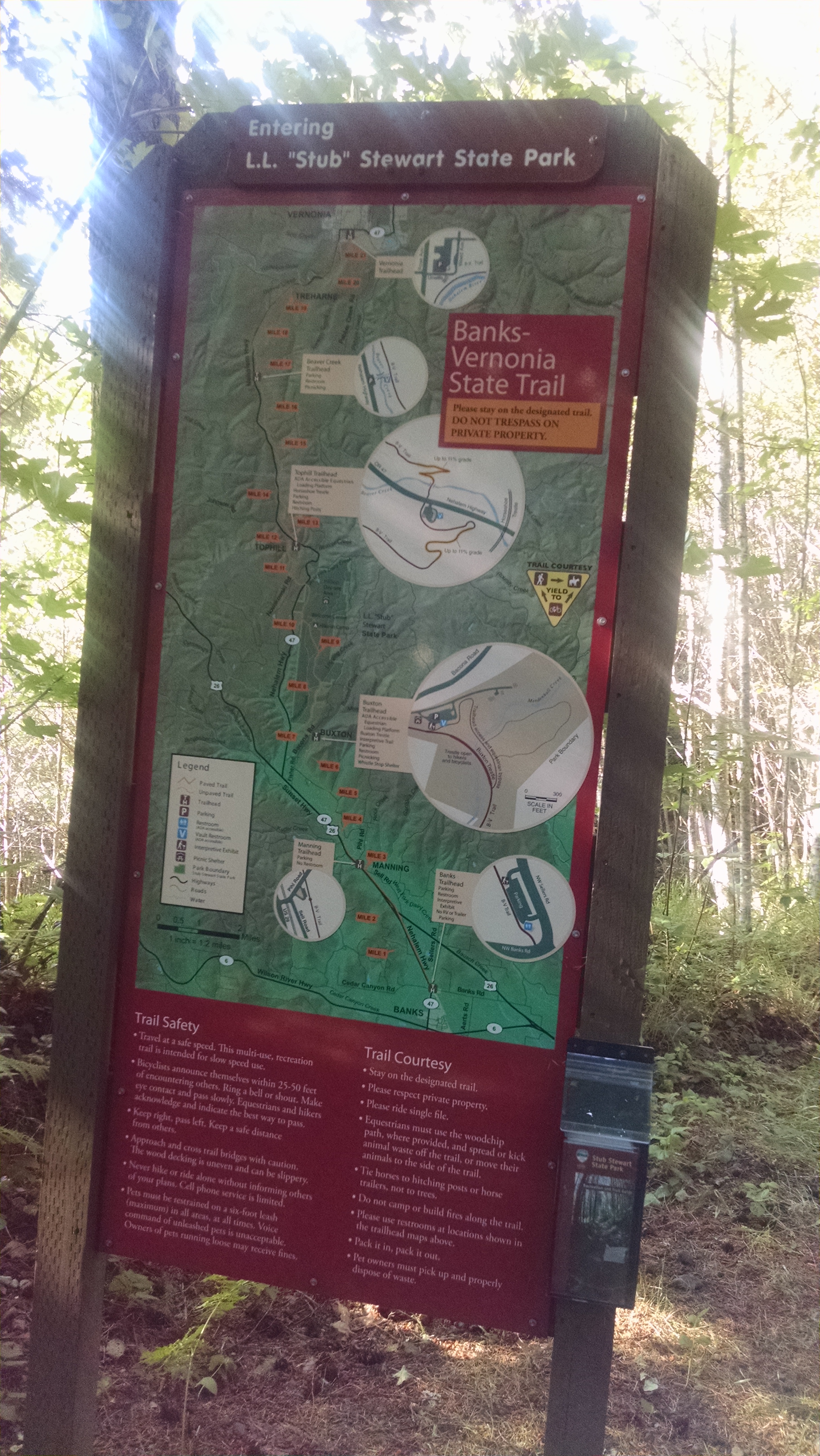 As I stood here marveling at my accomplishment of reaching Stub Stewart park, I had to quickly jump on my bike and escape a yellow jacket who was ignoring my swiping hand and trying to help himself to the now open wound on my knee (they eat meat you know.  And I suspect they like fresh human blood too, judging from this one’s behavior.) 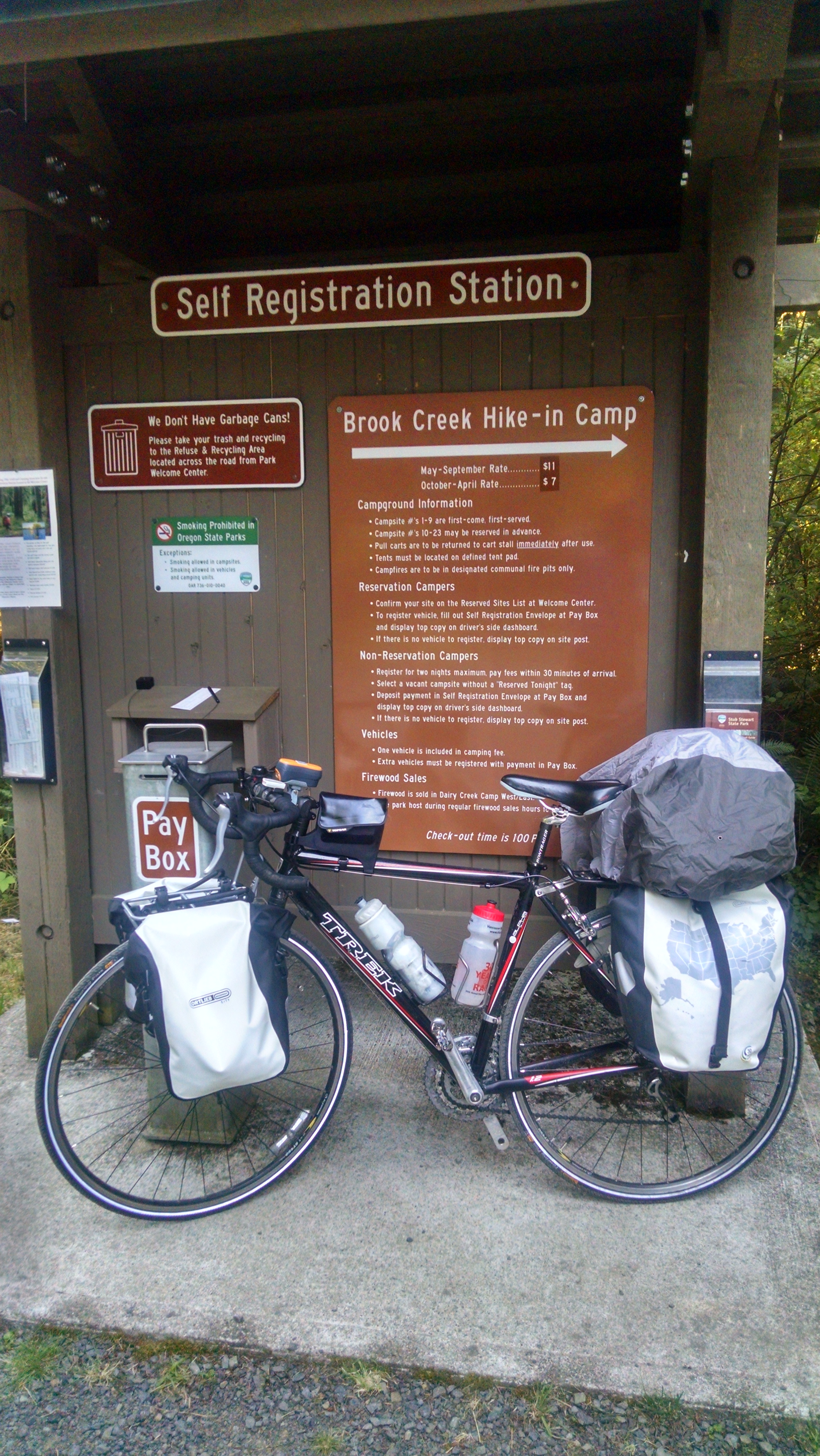 As I arrive, I find people camped in the site I thought I had reserved.  But apparently I had mixed up in my head the reservations from my June trip with this trip.  And apparently I had mixed them up so badly, that I just hadn’t reserved a campsite AT ALL for this trip.  Epic failure on my part.  I was thinking to myself that I’d never let this organization plan my biking trips again!  Oh wait, I’m talking about myself here.   Sigh.

Long story short, I had to hike an extra 2 miles and spend an extra hour and half sorting out the mess and moving all my stuff from one site to another.  By the time I was finished with moving and showering, it was after 8:30 pm.  All my spare fun rest time for the evening was all used up.

For a brief while, I was really satisfied with my decision in Banks to buy food that required little or no cooking.  I had figured I was going to be really tired.  And the campsite cock-up just made me more tired and not wanting to cook.  So I ate my beef and bean burritos before showering, and then after showering, sat down to heat the water for the cup of noodles that only required hot water to be added.

Not sure why I thought it was a good idea to hold the cup of noodles in my left hand while pouring the boiling water into the cup.  But it was the dumbest mistake of the day.  I spent the next couple hours trying to feed my hungry belly with one hand sitting in a pool of water that had accumulated below the water spigot at the campgrounds. 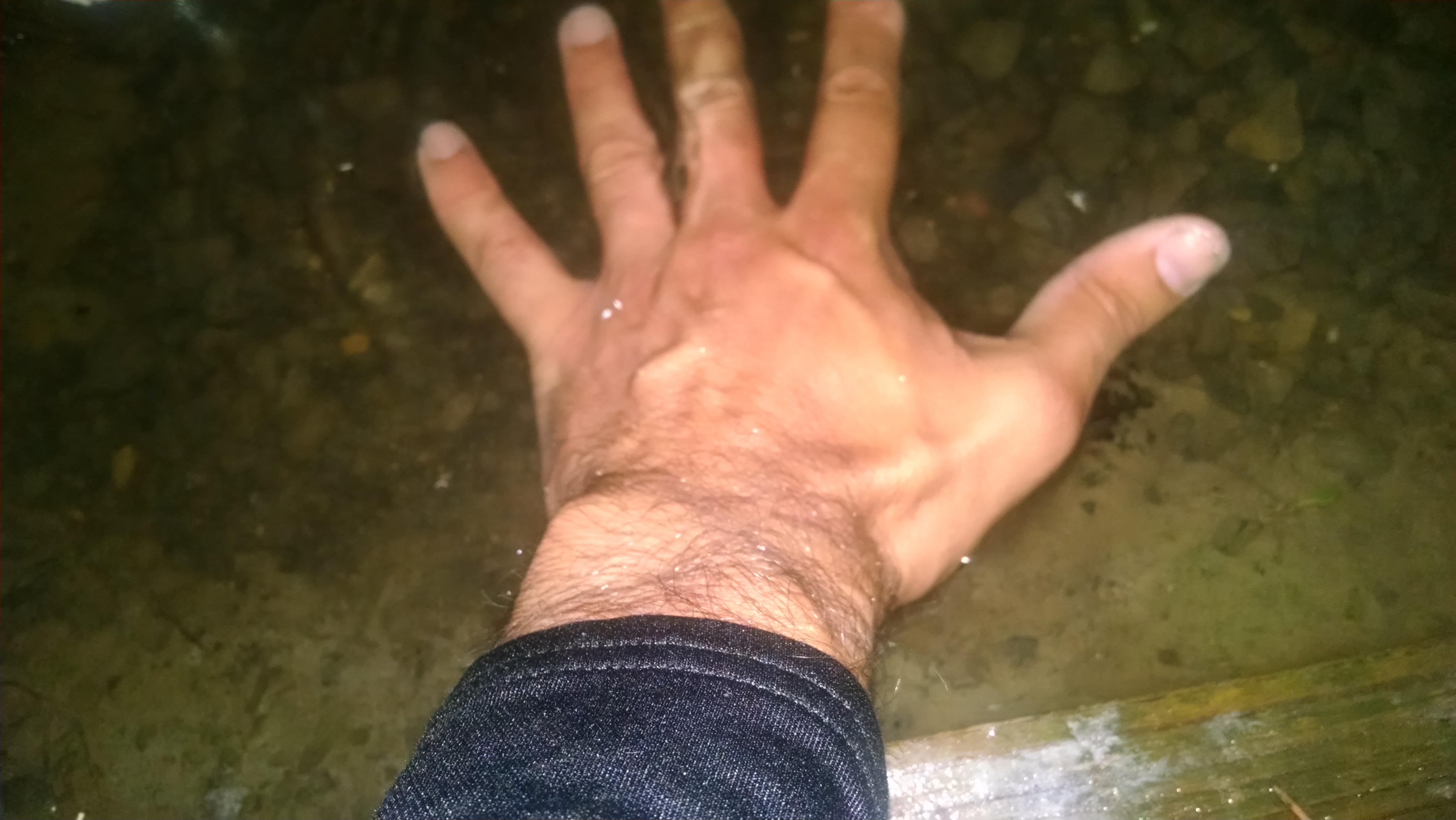 Oh, that water was soothing!

No burn medicine in my first aid kit.  🙁  so I had a Vicodin to try and help me sleep with the burning pain.

All in all?  It was still a great and beautiful ride.  Waking now for day two, and feeling good.  Though I’m nervous about heating water for my oatmeal.  😉 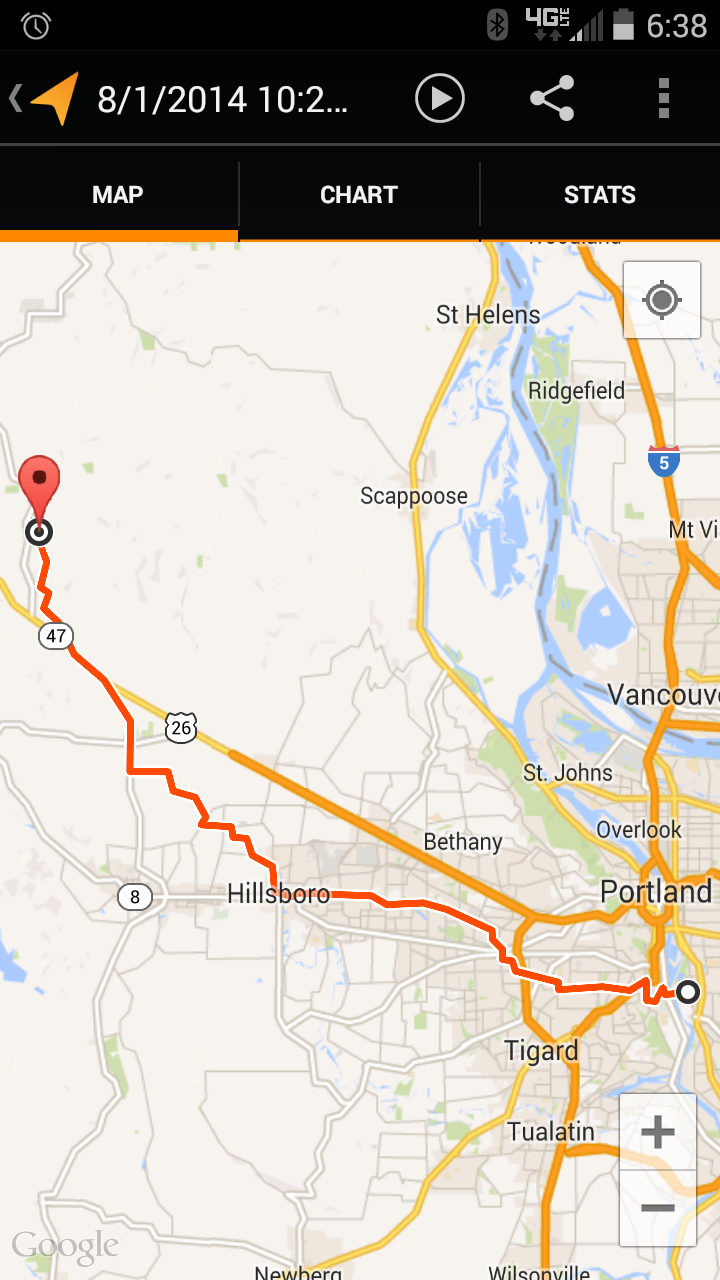 Link to the GPS map of the ride can be found here – epic solo bike ride partmap – day 1.