This day was one of my favorites.   Started out with a lot of truck/semi traffic, but in the beginning there were wide enough shoulders to deal with it.  So may points on this map that Google had to divide it into two sections. 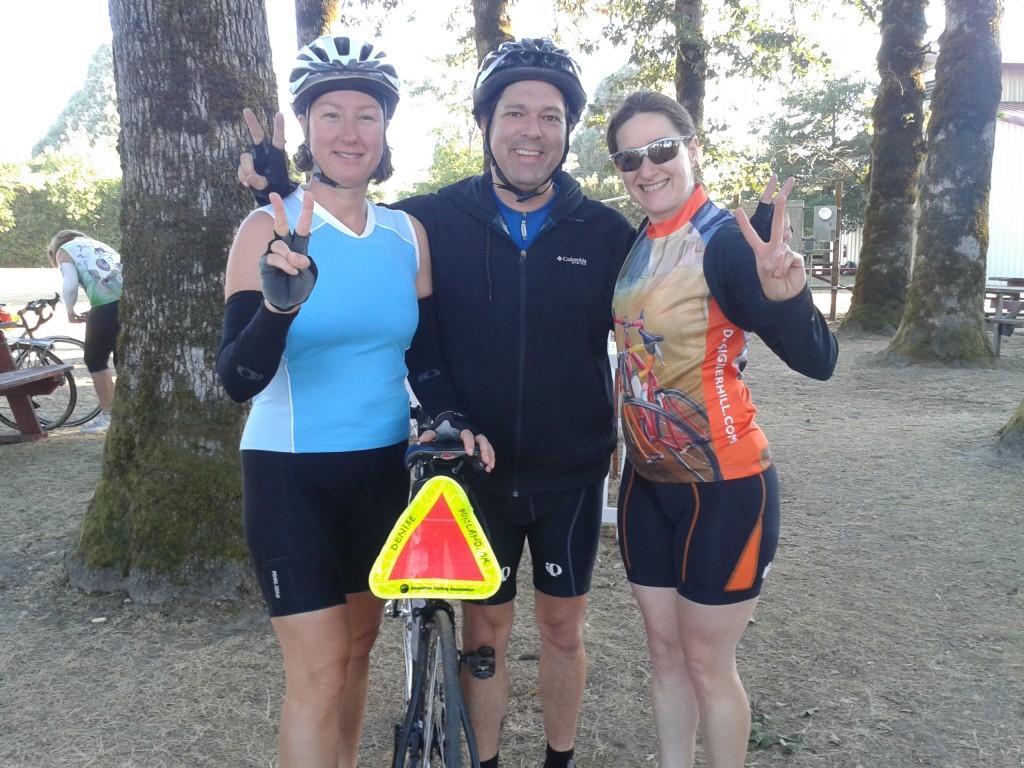 Once we got up into the hills, there was a really nice stretch of skinny road next to a railroad track.  Very light traffic, lots of trees/shade. 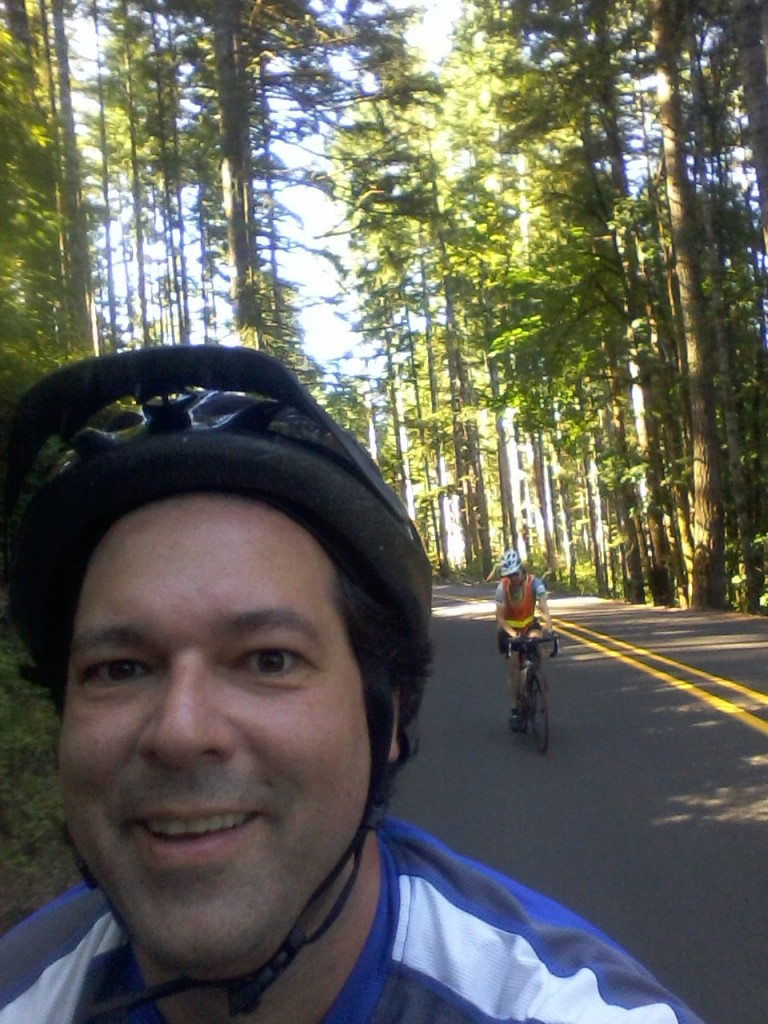 At mile 24, the road turned to gravel, and we had to wait for our Adventure Cycling guides to give us a short 2 mile ride to the other side. 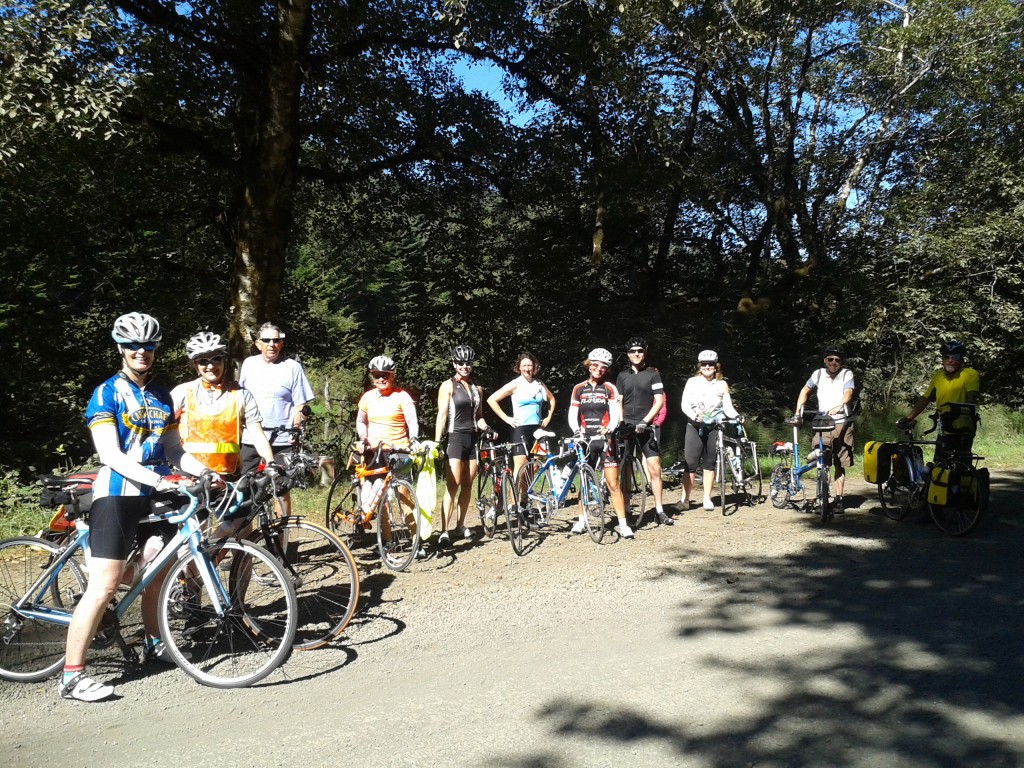 This poor snake was still alive, but his insides were his outsides.  He was trying to get off the road. 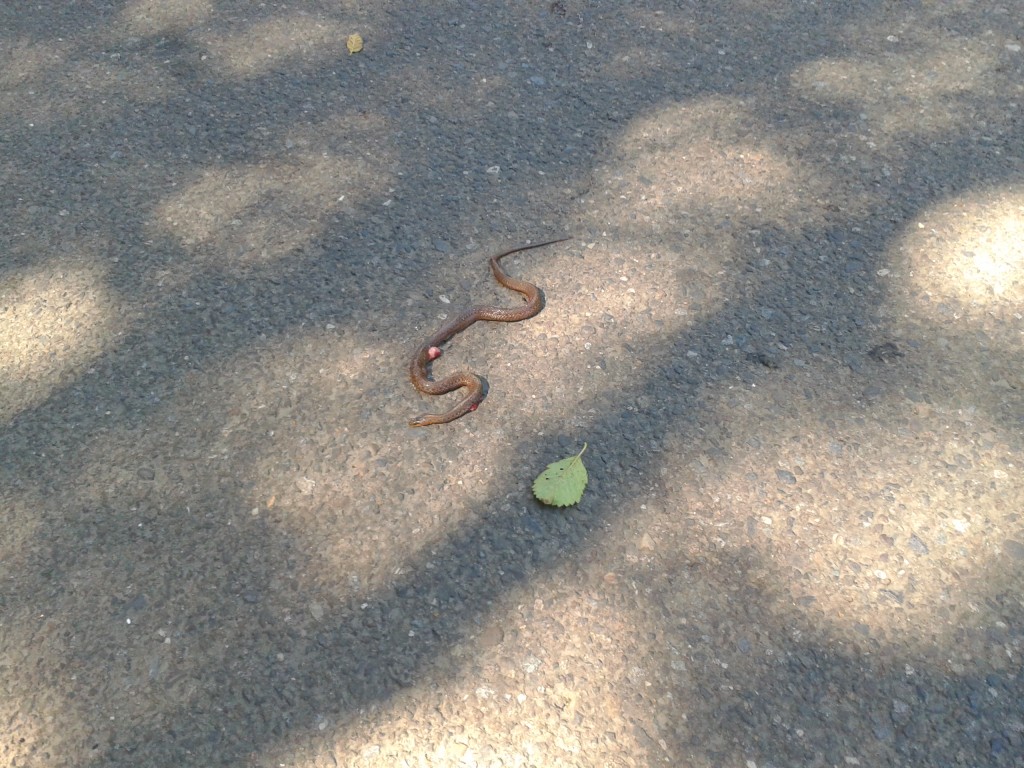 Not too far later we took a little break to enjoy some of the many blackberries growing on this path. 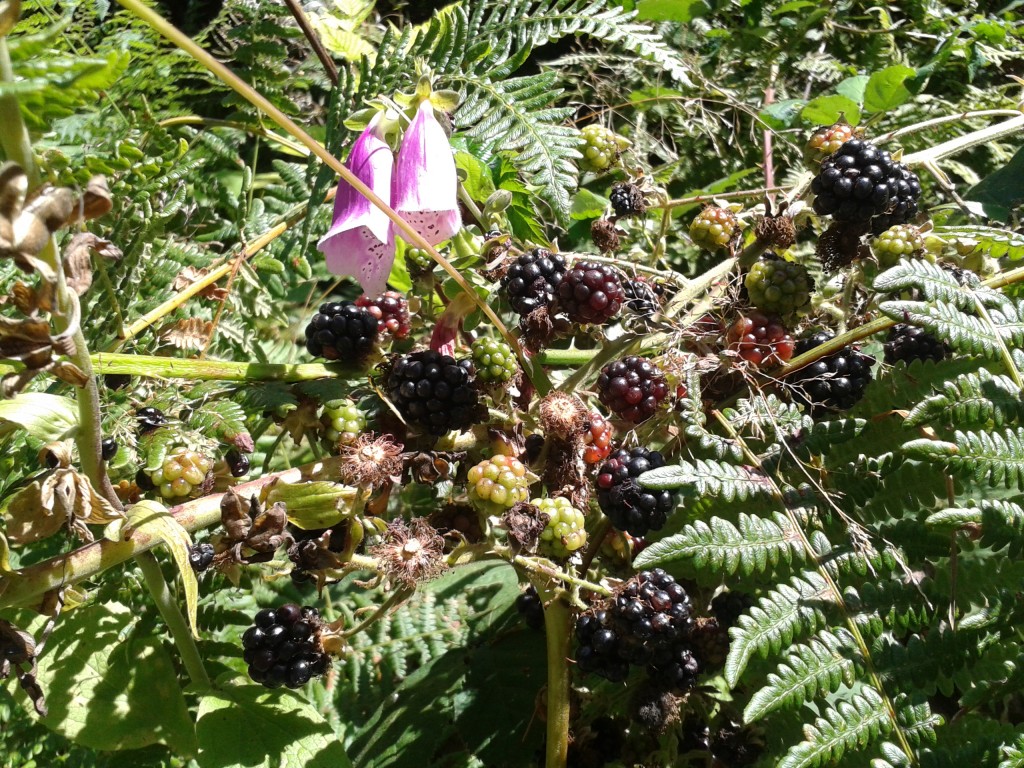 Not too far after this we had a close call with a semi.  The support vehicle was passing us just before a hill & corner, and the semi behind him thought he would pass as well.  No a bright decision as another semi was coming around the corner/hill.   The oncoming semi was honking and yelling and it was slightly stressful.  We pulled through okay though. 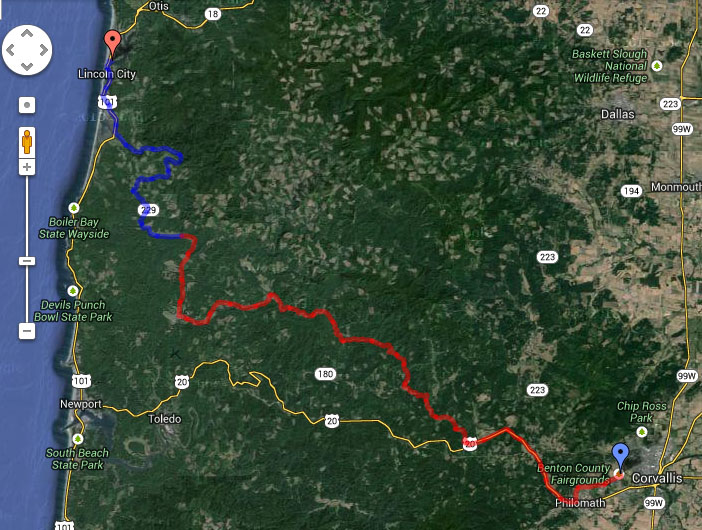